Newberry, SC- Are you looking for a way to get your children out of the house this spring? There are still two children's shows, coming to the Newberry Opera House this season. Rainbow Fish and Stuart Little are both great shows to take your children to and will bring these famous children's books to life, through original stage adaptions of these books. 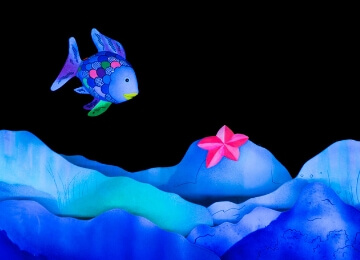 “The sparkling story that has become an international publishing Phenomenon!” The Mermaid Theatre of Nova Scotia brings an original stage adaptation of Marcus Pfister’s colorful as well as the author’s two companion tales, Rainbow Fish Discovers, and The Deep Sea and Opposites. This production incorporates puppetry, striking scenic effects and original music to provide young audiences with an introduction into performing arts and encourage reading in young children.

Marcus Pfister’s children’s book The Rainbow Fish is an award-winning book about a beautiful fish who learns to share his most prized possession. This fish The Rainbow Fish has won several prestigious children book awards such as The Christopher Award, an IRA-CBC Children’s Choice title, and American Booksellers Association award winner.

Enhanced Experience: Prior to the show, Children can participate in the “What are you thankful for?” Fish Mural 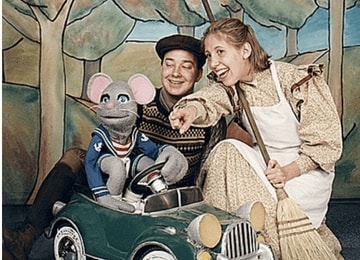 Theatre IV brings a stage adaption musical of E.B. White’s book Stuart Little. This play is about a noble mouse who gets involved in adventures from any image. This mouse is taken in by the little family in which he goes on adventures where he learns how the world works and valuable lessons about how to treat others. Stuart’s adventures include getting caught in a window shade, sailing a boat, making friends, and embarking on the journey of a lifetime. This stage adaptation is a musical that uses life-sized puppets, world-class puppetry, and live actors to bring an exciting and funny show great for people of all ages.

The author, E.B. White, was born in Mount Vernon, New York in 1899. After college, he worked as a reporter for The New Yorker magazine, as well as becoming a successful writer for a newspaper company. In 1945, he wanted to try something new, so he started writing stories for his children. He published several children’s books including three books that are now considered classics of American Children Literature. E. B. White wrote Stuart Little, Charlotte’s Web, Trumpet of the Swan, as well as many others.