Newberry, SC- The Newberry Opera House has a variety of shows visit every year including many rock n’ roll bands that are still together or tribute bands for those artists. The Diamonds are one of the last surviving classic rock bands that still perform together, decades after their prime. Although none of the original members are still a part of the group, the diamonds still bring the same energy to the stage as they did over 50 years ago. 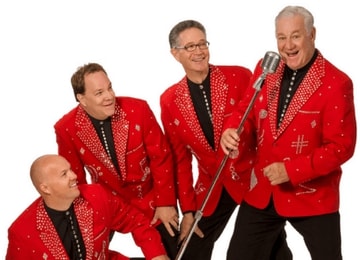 The Diamonds started in 1956, in Toronto, Canada with four original members Dave Somerville, Phil Levitt, Ted Kowalski, and Bill Reed. They first started performing in clubs, bars, churches, and other locations. They broke out on to the main stage as a rock ‘n roll quartet after the release of their song “Little Darlin’”. Over the course of the next 10 years or so, they released sixteen hit songs several popular albums. They were very successful although they never won many awards they had a national audience both in the U.S. and in Canada. After their successful 10 year run, the diamonds audience started to shrink, and they began to lose popularity. By the early, to mid-60s all of the original members of the Diamond’s had left the group to pursue other musical goals. The band evolved with new members to reach audiences at nightclubs, in casinos, conferences and smaller music venues. They even tried to get into the country music scene where they had some success. The Diamonds have survived the test of time through this method for many years since their national popularity diminished and then disappeared. This band still puts on great performances where you can hear their most popular songs from the 50s and 60s. Their most popular songs include: “Little Darlin’”, “Old Time Rock n’ Roll”, “The Stroll", “Batman, Wolfman, Frankenstein or Dracula”, and “Church Bells May Ring”.

If you enjoy rock n’ roll music from the 60s and 70s or vocalist groups then this is the perfect show for you. Don’t miss the chance to see the diamonds in concert and hear classic rock songs from the 50s, 60s, and 70s when the Diamonds visit the Newberry Opera House on April 11.