Newberry, SC- This April, gospel and contemporary Christian music great, Sandi Patty will be visiting the Newberry Opera House. This musician and author is known for her voice and for using a mix of ballads, and pop sounds to modernize classic gospel sounds. Her name is among the list of famous contemporary Christian artists such as Chris Tomlin, Steven Curtiss Chapman, Third day and Natalie Grant just to name a few. 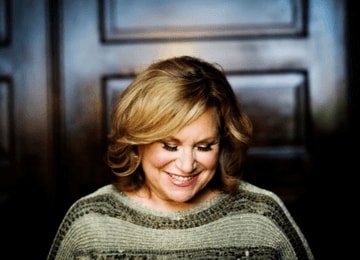 Sandi Patty is one of the most awarded female vocalists in Contemporary Christian music history but also has extended her 35-year career outside the genre, singing with various symphonies and orchestras. Patty has won 40 Dove awards, five Grammy® awards, four Billboard Music Awards, three platinum records, four gold records and sold 11 million units. She has released over 30 albums, wrote 7 books including a Christian bestseller called Broken on the Back Row. She was inducted into the Gospel Music Hall of Fame in 2004 and was named an Indiana Living Legend in 2007. Some of her most popular songs include: “Via Dolorosa”, “Masterpiece”, “Another Time, Another Place”, “Love in Any Language”, and “We Shall Behold Him”.

If you enjoy contemporary gospel music, then this is the right show for you. Don’t miss this famous contemporary Christian musician when she visits the Newberry Opera House on April 6.