Newberry, SC- Little Texas is a country band that was very popular during the 90s for being one of many young country artists of that day to shake up the country music world. They created a new, energetic sound new to country music, in which they mixed the sounds found in modern rock with traditional country music sounds, themes, and styles. Little Texas was heavily influenced by bands such as the Eagles, Alabama and Restless Heart during their earlier years. 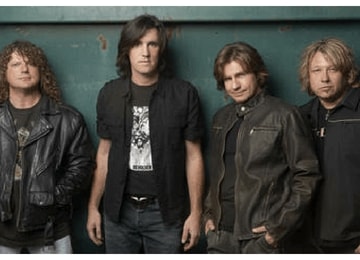 In 1983, friends Porter Howell and Duane Propes began playing together in high school before they moved to Nashville to go to college. Band members Tim Rushlow, Dwayne O’Brien, Del Gray, Brady Seals, and Josh Logan all moved to Nashville within the following 5 or 6 years where they all began playing together at bars, nightclubs and other venues around Nashville. In 1988, the band decided on the name Little Texas and they landed a contract with Warner Bros. After receiving many accolades and releasing hit songs and albums for the next 8 or 9 years, Little Texas broke apart as the band members deiced to take a break from touring and pursue individual projects. In 2004, the band got back together with only four of the original members. They rebuilt the franchise and returned to the airways with an album in 2007. Since then they have released several albums and had moderate success with a completely new sound.

Little Texas has sold over 7 million albums, have 3 Grammy nominations, an ACM Award, and a CMA Award. Little Texas has performed on tour with artists such as Tim McGraw, Clint Black, Travis Tritt, as well as many others. Little Texas’ most popular songs include; “Some Guys Have All the Love”, “First Time for Everything”, “What Might Have Been”, “God Blessed Texas”, and “My Love”.

If you enjoy country music, especially country music from the 90s then this is the perfect show for you. Don’t miss this multi-platinum country band when they visit the Newberry Opera House this May.